Association's Video Documentary "What Will We Do In The Autumn?"

Copies of the Galway Arts Council-funded video documentary "What Will We Do In The Autumn?" produced by the Ballinasloe Active Retirement Association in 2004 are still available for members.
In 2004 the Galway Film Centre ran an advertisement looking for suitable projects under it’s I.D. umbrella, and funding would be

available. Somebody in the Local Employment Centre spotted the ad and rang Jimmy Crehan about it. The idea was brought up at our next meeting. Chris felt strongly that we had a story to tell, and a message to give. When we replied to the ad, Nuala Broderick, the Galway Film Centre’s Project Co-coordinator, got in touch with us. She arranged a meeting between a delegation from Ballinasloe A.R.A., the Galway City Arts Offices, the Co. Arts Officer, the Galway Film Centre Manager, and herself. To our surprise and delight, our project was accepted and deemed worthy of funding from the Arts Council of Ireland and from Galway Co. Co. Nuala sent Paddy O’Connor, the project mentor, to work with us in Ballinasloe. Paddy asked us about our Organisation, and threw out ideas as to what would be suitable for a D.V.D. When he realised we didn’t have a video camera, he advised us to get one. When the camera arrived, Chris took charge of it. After that, no matter what the group did, the camera came out! We were filmed at our Activity Classes, on our trips at home and abroad, at the St. Patrick’s Day and October parades, and there’s even a picture of a travel-weary group on a hot day in Barcelona, sitting on “bollards”!, licking ice-creams, while waiting for the bus. Paddy O’Connor travelled with us to Derry, and was very pleased with our video footage.
Under Paddy’s expert, but low-key, tutelage, some individual interviews were done, to let others know what involvement in the A.R.A meant to each member. Paddy showed us how to set up props, how to use microphones, and how to take full advantage of light. All this took several weeks. Eventually, we had about eight hours of footage. Then the tedious work had to be done. That eight hours had to be edited down to approx ,twenty minutes. Nobody enjoyed that but, but we all learned so much under Paddy’s expert guidance. We felt privileged to have had the chance to be involved in the whole project.
Out Documentary was entitled “What will we do in the Autumn”. We were invited to the Art’s Theatre in Galway, where our video, and those of other projects accepted, were shown. Later still, our own D.V.D was officially launched on the 14th October, 2004 in Hayden’s Hotel, Ballinasloe by the Co. Galway Mayor, Councillor Willie Bourke, and Ballinasloe Mayor, Councillor Sean Tully.
Our mission was finally accomplished!
In conclusion, I want to say a big “thank you” to the Arts Council of Ireland and Galway Co. Council; to Nuala Broderick and Paddy O’Connor from Galway Film Centre, and to our own Christina O’Flynn and Jimmy Crehan. They all brought us through what was, for us, unchartered waters, and we enjoyed every minute of the journey.
Rath De oraibh uile, agus go mba fada buan sibh.
Signed : Detta Power
Copies of the video are available from the Secretary, Margaret MacDonnell Ballinasloe ARI Co Galway
No comments: 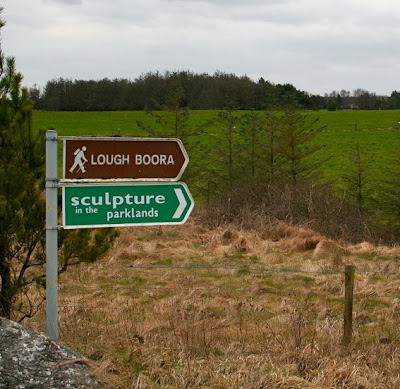 The Ballinasloe Active Retirement Walkers Group recently visited the beautiful bogs, wetlands, lakes and fields of the Lough Boora Parklands in county Offaly.
CLICK here to read the article on their trip which is also available in the Irish Excursions & Trips section of this website (see top right)
No comments:

CLICK here to read about this concert
Also available in Irish Excursions & Trips
No comments:

B.A.R.A Social Committee Newsletter – 2nd September 2009
Dear member,
Welcome back from your summer break! The Social committee are pleased to report that all our summer day trips were a big success and enjoyed by one and all. In spite of our very wet summer, the weather was very kind to us on our day trips to Aran and Clonmacnoise/Athlone. However,we could only view the Cliffs of Moher through a dark cloud of mist and rain.
We have worked very hard throughout the summer and we now unveil more exciting plans for your Autumn diary.
Upcoming Events and dates for your Diary:
16th – 25th Sept.09– 63 members are now looking forward to their sunshine holiday in “Roses”. 2 buses leave the Square at 2.30 a.m.on the 16th Sept. Cost: €15 each. to be paid please before you go!
Sat, 17th October 09 “New Electric Ballroom” by Brian Friel . Matinee in the Peacock Theatre, Dublin. Cost €15
Oct 26th. 09 – Horse racing in Galway( Corporate style ) – more details later.
9th – 10th December 09 – Christmas trip to Wynn’s Hotel, Dublin ,with entertainment each night as follows:
9th –Christmas Party in the Burlington Hotel featuring Dickie Rock. Cost: €65 inc. Christmas dinner.
10th _ “Hooley night in Johnny fox’s Pub in Glencullen in the Dublin mountains. Cost: €45 including 4 course meal and entertainment.
Total cost of Hotel accommodation,Bus transfer,and two shows for 2 nighs is only €225 sharing or €250 Single.
Friday Jan 8th 2010 – Active Retirement Christmas Dinner/Dance in Gullanes Hotel.
Please note : As these events need to be booked and paid for well in advance, we need names as soon as possible with €50 deposit for the Dublin trip and €25 deposit for the Galway Races in October.
As usual, we meet in the Shearwater Hotel every Wednesday at 3 p.m.and in the Gael scoil first Wednesday of every month.
Chris O’Flynn( Secretary) 090 9642870 , Bridie Whelan (Teasurer) 090-9643574
No comments: