B.A.R.A. Singers Unite Western Region of Active Retirement
With a large region and several small groups in a diverse areas, some ideas were sought to get the 79 local groups to join together for social activities, outings etc.
With this in mind Marie Power of the Ballinasloe Active Retirement Singers ( B.A,R.A. Singers ) came up with the idea of a regional choir to perform as part of the Bealtaine Festival.
After introducing the idea she got names from those interested from the different A.R.A,s in the region
A list of songs and tapes was sent out so that each group or individual could rehearse the programme.
A full rehearsal was held on the morning of the show, and on Sunday 20th May at 3;30 the choir performed in front of a large audience in the Town Hall Theatre. Ballinasloe. Photos powerpix media . ( www.powerpix.ie ) 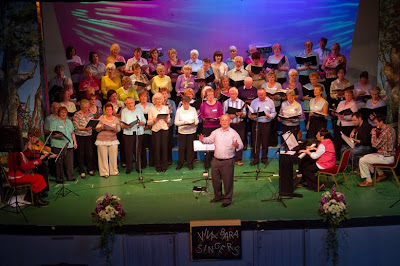 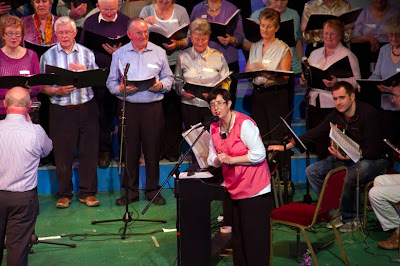 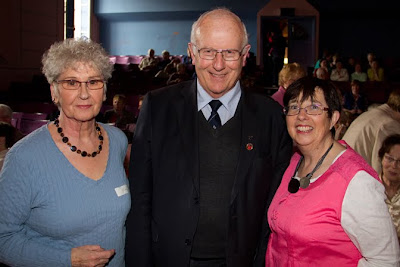 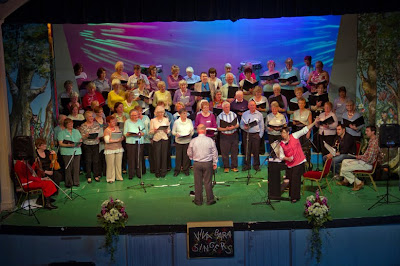 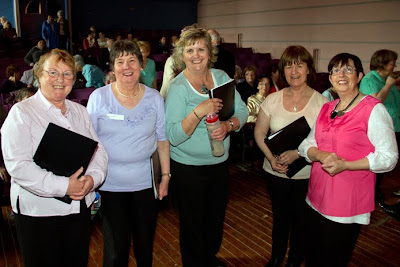 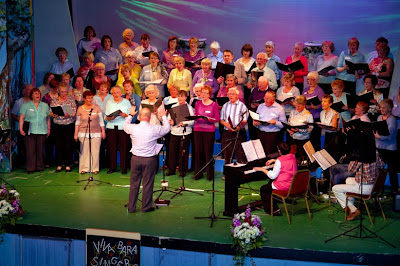 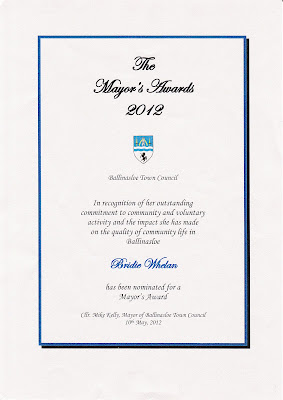 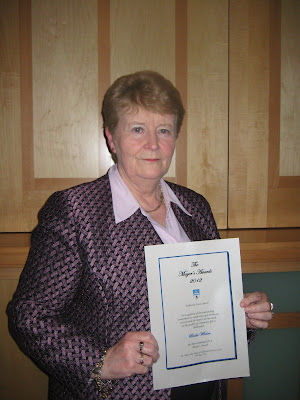 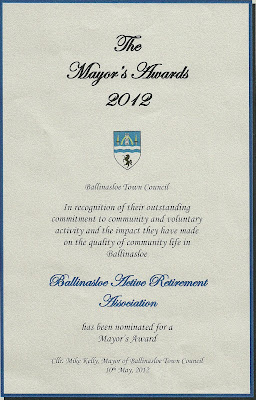 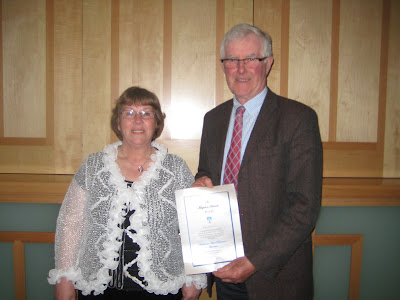 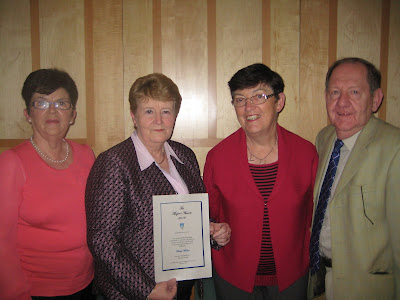 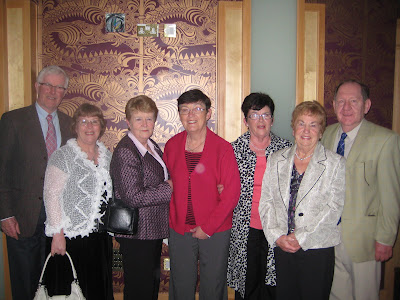 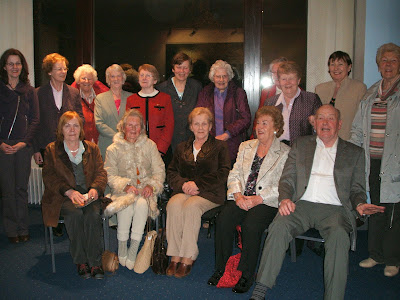 We had a wonderful night’s entertainment on Thursday last, May 3rd, at the Town Hall Theatre, Galway. We were entertained to a musical life story of the legendary Irish tenor Count John McCormack. The narration was by Kevin Hough, the well known radio and T.V. presenter. Waterford tenor Frank Ryan starred as John McCormack and Cork soprano Linda Kenny as his wife Lily. Daniel Lehane was violinist and pianist was Michael Casey. The show was directed by Cathal McCabe, former RTE Head of Music. John McCormack’s signature tune “I hear you calling me” and other famous songs of his such as “Macushla”, “Because”, “Roses of Picardy” and many more were performed wonderfully. It was a magical night of musical entertainment and enjoyed thoroughly by one and all. Bridie Loughman
No comments: