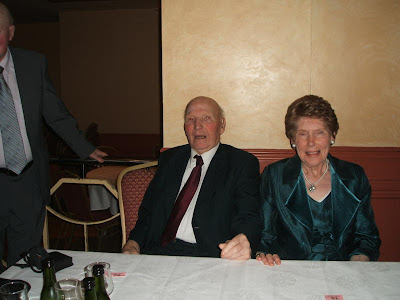 Jack and Rose White celebrating their 49th wedding anniversary with fellow B.A.R.A members. The annual Christmas dinner dance was posponed from Janurary due to adverse weather conditions
No comments:

MARIO LANZA, “THE LOVELIEST NIGHT OF THE YEAR”
(A 50th ANNIVERSARY TRIBUTE CONCERT)

A group of us travelled to the National Concert Hall in Dublin on 10 February 2010 to attend a concert celebrating the music of the great American tenor Mario Lanza.
The main auditorium was full to capacity as the music was beautifully sung by three accomplished Irish classical singers - Seán Costello, tenor and his guests Niall Morris, special guest tenor (ex The Celtic Tenors) and Sandra Oman, soprano. Musical accompaniment was excellently provided by Vladimir Jablokov and his Slovak Festival Musicians.
We were full of anticipation on the bus up to Dublin and we were not disappointed by a wonderful night’s entertainment. We listened again to all the great songs and duets made famous by the great Mario Lanza during his short life. He died tragically in 1959 of a heart attack at only 38 leaving behind a young family. His rich and powerful voice had captivated the world of opera, stage and film throughout the 1950s. The voices of Seán, Niall and Sandra brought back lovely memories of these times with wonderful renditions of such songs as On The Street Where You Live, Ave Maria, The Loveliest Night of The Year, Be My Love, O Sole Mio, Because You're Mine, Panis Angelicus and many more.
His well-known films, The Great Caruso and The Student Prince, influenced opera stars such as José Carreras, Plácido Domingo, and Luciano Pavarotti. He set a high standard for all great singers who followed in his footsteps.
On our way home we could still hear his great songs reverberating in our heads and hearts and although we were tired, a wonderful night of music and song had been enjoyed by all.
Bridie Loughman

Christ Deliver Us, by Thomas Kilroy

On Saturday 20th February a group of Ballinasloe Active Retirement members attended a new play in the Abbey Theatre in Dublin, called Christ Deliver Us.
It was superb, the best play I have seen in the Abbey for some time.
Eventhough the subject matter was dark and regrettable, the whole of life in the fifties was treated so comprehensively and professionally that it was entertaining in many parts.
Our members found the play to be very open and honest as it depicts the innocence and pain of growing up in 1950s Ireland.
The playwright, Thomas Kilroy, was inspired by the German drama “Spring Awakening”. This play is about young people growing up in a repressed society
Much of Thomas Kilroy’s play is based on the author’s own school days in Kilkenny in the 1950s. The physical abuse and lack of instruction to young people was endemic in Ireland at that time.
There is a cast of 25 and the action takes place in various locations, including an Industrial School and a Diocesan College. The play is directed by Wayne Jordan and is well worth a visit.
On our journey home we had much to discuss on this complex period in Irish History.
Bridie Loughman
No comments: 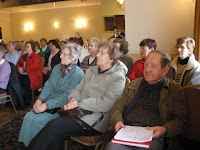 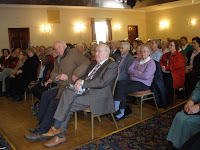 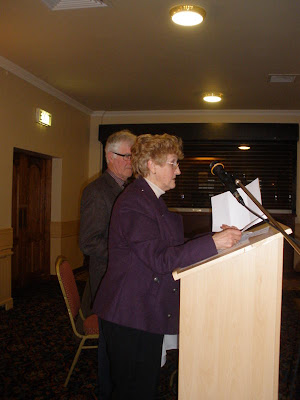